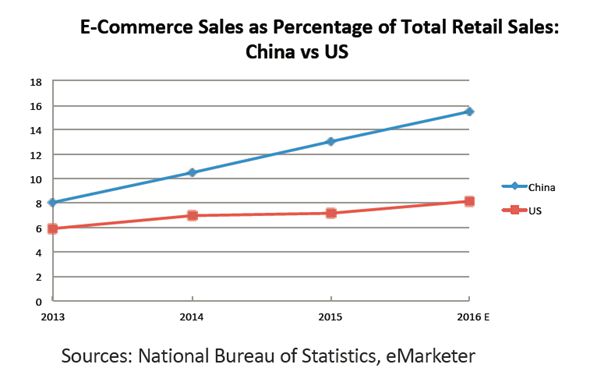 The Shanghai retail scene continues its ongoing makeover in 2017 as another host of new malls opens for business and long-established retailers reinvent themselves in order to survive in an increasingly competitive market.

Some 58 new major retail complexes are scheduled to open in the city this year, the great majority located outside the inner ring road. Ten will open in Pudong, the most of any single district. They include the mixed-use Century Link ( 世纪汇广场) by Century Avenue Station, a project that developer Hutchison Whampoa sold for 20 billion yuan late last year to China Life Insurance; and the Gala Mall and Boutique Street within the Harbour City complex being developed by Citic Pacific on the northern Lujiazui riverbank.

Districts that will see the most openings after Pudong are Minhang (7), Songjiang (6) and Jiading (6).

The only large retail complexes within the core CBDs of Puxi opening during 2017 are HKRI Taikoo Hui Mall on Nanjing West Road by Shimen Yi Road, and the Bund Financial Center on Zhongshan Dong Er Road. Also worth noting is LuOne, a CapitaLand property comprising a six-story mall with attached office tower at the intersection of Madang and Xujiahui Roads.

The growing multitude of malls is not the only thing heating up the competitive retail environment in Shanghai. Online consumption is growing at a much faster rate in China than in most countries, its share of overall retail sales exceeding 15% in 2016.

While the chart suggests a grim outlook for China’straditional retailers, it’s worth noting that after a periodof prolonged decline overall sales at shopping centers inShanghai have actually rebounded in late 2016 and early2017 — although online sales grew even faster.

Given the increasing number of market players, cityplanners, property owners and developers are focusing ondifferentiation as a crucial strategy for ensuring commercialviability, particularly with regards to market positioning andcustomer experience.

Below we review how some of these strategies being used atthe shopping-hub level.

The stretch of Huaihai Middle Road between Shaanxi Southand Xizang Roads was once considered Shanghai’s preeminentluxury brand shopping destination, but many ofthe street’s old retailers closed in recent years as consumerstook their business to the new K11 and IAPM malls at eitherend of the strip. Now, the entire stretch is being repositionedas more young and hip with a collection of unique flagshipstores, many targeting a younger generation: MUJI, dronemaker DJI, Line Friends, Victoria’s Secret.

Two old state-enterprise-owned properties, the JinjiangInternational Shopping Center (home to Huating Isetanbefore it closed in 2008) and the adjacent Huaihai Roadbranch of the #1 Department Store, are being merged andtransformed into a more stylish, upbeat and welcoming mall.

One hundred or so meters eastward, the Shui On Groupis converting the recently closed Taiping Yang DepartmentStore at the base of Shui On Plaza into a new experiencefocusedshopping center that is more fashionable andsensitive to consumer preferences. Shui On says the newcomplex will serve as a “bridge” between nearby Xintiandiand Huaihai Road.

Smaller storefronts along this strip are also being given afresh look through renovations.

Several state-owned retail properties on Nanjing Road in thevicinity of People’s Square are likewise being reorganized,repositioned and/or renovated. They include the historic#1 Department Store and adjacent Dongfang Shangshadepartment store. Closed last month, the two properties arebeing merged into a single complex that will be known inChinese as 一百商业中心. The plan includes construction ofa roof over the alley separating the two buildings.

On the opposite side of Nanjing Road Pedestrian Street, theBailian Shimao Shopping Mall below Le Royal Meridien hotelwill also be renovated and repositioned with the introductionof new brands. Similar but less extensive adjustments arealso planned for the New World Department Store on theopposite side of Xizang Road.

Lauded as the city’s #1 shopping hub in 2011 when itscombined retail sales reached an all-time high, Xujiahui hasexperienced either stagnant or declining sales growth everyyear since. In 2017, city planners are trying to put the hubback on a growth trajectory by improving one of its key weakpoints: the inconvenience of getting from one of its malls toanother.

To this end, a new sky bridge is being built that will connectthe hub’s key malls and department stores. The enclosedoverhead walkways will save people the hassle of having toweave their way through crowded Xujiahui Station and climbits steep stairways in order to cross Caobao, Zhaojiabang orHongqiao roads.

A greater obstacle to consumption growth at Xujiahui maybe its current lack of capacity; much of the Grand Gatewayand MetroCity malls are overcrowded much of the day.This situation will improve with the gradual opening of TheXujiahui Center, a mixed-use project adjacent to GrandGateway on Hongqiao Road that includes a giant mall. PhaseI is scheduled to open in 2018.

With the completions of the TK Insurancebuilding, China Life Finance Centre and CenturyLink, as well as other building completionsscheduled for Pudong in the near future, weexpect landlords in the district might now bemore flexible in rent negotiations. However, ourdata suggests that rents of newly leased spaceshave actually risen slightly in recent months inMirae Asset Tower, Shanghai Bank, BEA Towerand some other Lujiazui properties.

Office tower occupancies and rents alongHuaihai Road and in the JingAn Temple arearemain high and stable even as cheap rents inperipheral areas continue to draw many firmsaway from the city center.

The new SOHO Tianshan Plaza at theintersection of Zunyi and Tianshan Roads inHongqiao is now a major hotspot for officespace transactions.