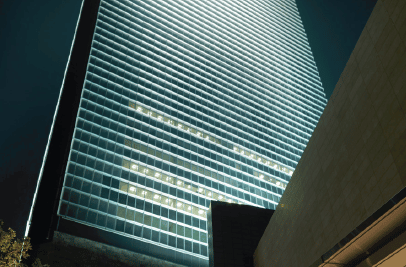 News reports and political speeches may have you thinking otherwise, but the funds keep flowing in

It might be surprising to many that US and European companies continue to pour billions of USD into China each year, especially when political discourse and international events suggest a distancing of economic ties. Financial data shows the investments, and we continue to see big transactions being made from our view on the ground in China’s property sector. The FDI investors range from giant fund managers to family-owned businesses. Meanwhile, western countries’ combined position in China’s securities markets reaches into the USD trillions.

Negative rhetoric towards China as an investment destination seemed to rise to new heights in the US when president Trump launched his trade war in 2018, and then intensified during the pandemic as western countries found themselves unable to source needed medical supplies. Talk about ‘re-shoring’ factories from China to Mexico or back home became all the rage among pundits and politicians in the US, as the idea resonates strongly with working class voters.

FDI into China has likewise been under scrutiny in Europe in recent years, with the overall Europe-China relationship entering rough waters over various issues. Talk about over-reliance on China for manufacturing and the idea of ‘decoupling’ from China are prevalent themes in European political discourse just as they are in America.

Financial data suggests this tough talk has not had significant influence on actual investment into China, however.

Determining overall flows of FDI into China from the west is difficult because different data sources define FDI differently, and many sources do not identify the ultimate source countries of money flowing through tax havens and third countries in general. This sometimes results in wildly differing numbers.

Additionally, foreign direct investments worldwide were greatly impacted by the pandemic, declining 42% overall in 2020 according to the United Nations Conference on Trade and Development. Any assessment of western FDI flows into China that year needs to take this into account.

The chart below the chart below shows little if any evidence that US enthusiasm for foreign direct investment into China has cooled in recent years. 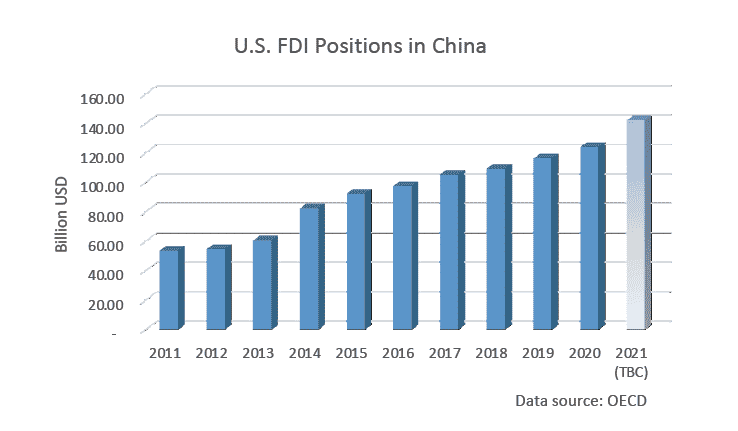 Taking Germany as representative of Europe, available data likewise shows no decline in appetite for China FDI opportunities among the Germans. There was instead a dramatic increase of German FDI investment in China in 2021, according to Deutsche Bundesbank data. 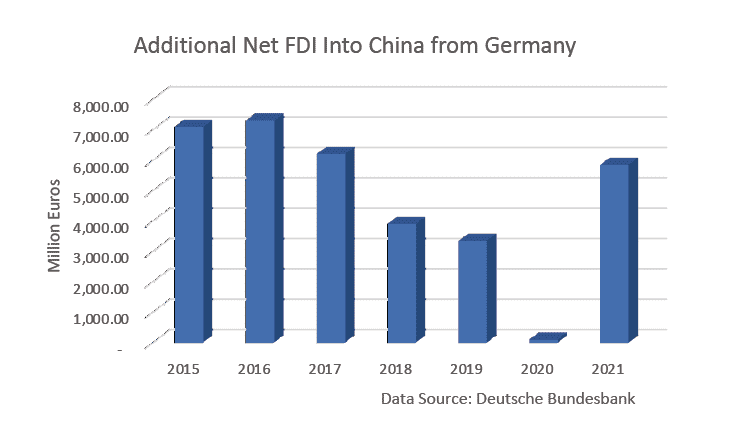 With regard to passive investments, a report from fund manager Seafarer does a nice job making sense of the differing data sets on US residents’ investments into China securities, and concludes that by the end of 2019, US holdings of the country’s securities reached approximately $813 billion dollars. The position, according to Rhodium Group, expanded further to reach $1.2 trillion by the end of 2020.

While the overall value of yuan-denominated financial assets held by foreigners decreased by $150 billion USD in Q1 2022 according to the Economist, it seems likely that the US position remains enormous.

Why investors remain fixed on China

When it comes to investments into production facilities and other direct business investments, western companies favor China’s large and well-educated population, good access to natural resources, broad supplier basis across many industries and robust infrastructure with regards to electricity, gas, logistics and other relevant factors.

Often making direct investments opportunities even more attractive are very generous subsidies and other incentives that China offers to companies in strategic industries, such as biochemical, medical, pharmaceutical, AI, big data and industry 4.0. Such incentives may include, for example, cheap access to land or factory buildings, tax holidays, equipment, renovation and relocation subsidies.

Two recent industrial relocation projects in different cities in Jiangsu Province illustrate just how generous these incentive schemes can be. We were able to help the companies secure 10 year leases with 75% of rents being paid for by the local government, renovation work getting subsidized with several million yuan and a 10-year tax-holiday for the local tax portion, thereby lowering the company’s costs significantly and bringing the needed upfront investment during ramp-up period down to almost zero.

In terms of China being attractive to institutional investment, relevant factors include the country’s continuous GDP growth, humongous market size, and relative political, legal and financial predictability. Likewise compelling are interest rates and yields on investments that are higher than those in most countries (e.g., rental returns for office buildings and industrial parks of between 4 and 10%), as well as strong dividends in the secondary market. 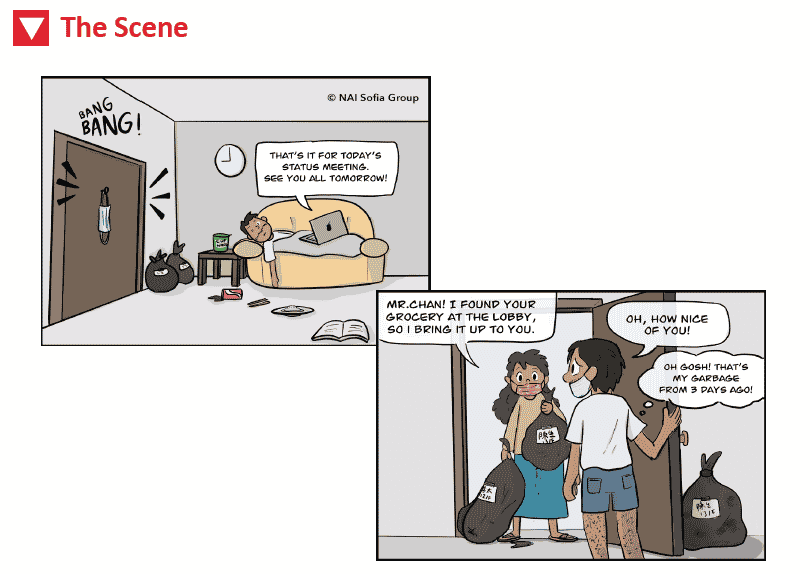 Another important factor that has kept western investment flowing into China is the country’s continuing liberalization of its investment environment. The government has reduced the number of industries that are off-limit to foreign investors. Much foreign money has been flowing into China’s financial sector in particular ever since foreign financial firms were finally allowed to take controlling stakes in local companies.

Private equity leading the pack in 2022

Examples of big FDI deals so far this year include Warburg Pincus-backed ESR acquiring a portfolio of industrial assets in cities around Shanghai with a combined gross-floor-area of 550,000m2, at an estimated transaction value of around USD 650 million. This transaction is significant in several ways. Besides its sheer size, the deal is unique because the buyer has agreed to a multiple of about 20, far more than the usual range of 10 to 15. This means that the purchase price was about 20 times the expected yearly rental income that will be generated by the assets.

The deal is also interesting because much of its portfolio is manufacturing premises instead of the office, retail and logistics properties that foreign investors traditionally choose to invest in. Three years ago, we starting predicting and recommending that capital should also be allocated for the more profitable manufacturing building sector in China, and now with one of the world’s five largest private equity firms going into the sector perhaps a trend has finally started.

Another interesting piece of private equity news came from the world’s largest asset manager, Blackrock, when during the recent 2022 covid lockdown in Shanghai the company made an investment into a logistics development in China’s Langfang city. Industry experts see Blackrock acquiring this property in a lower-tier city as proof of the ongoing high market demand of logistics space in China.

In summary, China keeps attracting massive foreign direct investment, and western positions in China’s securities markets remain enormous. We expect this will continue to be the case so long as perceived risks around geopolitical tensions and other issues do not become too intense, and so long as China continues offering deals that western investors find too good to resist.