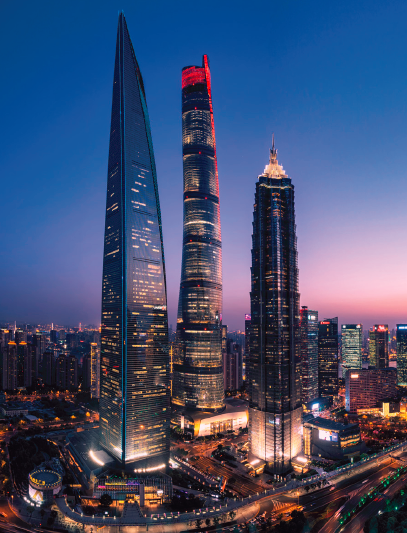 Stock market rises
A breakdown in global trading activities, a trade-war and one of the strictest Covid-lockdowns on earth: One would think this would crumble a large economy. China once again surprises international economists with its stock market up at 18% when compared to the same month (June) a year earlier. Real estate purchase prices are on an average high, and China has a flourishing local economy. During the financial crisis of 2009, there were western observers voicing concerns over China being likely to become affected more than other countries after years of rapid growth. The opposite happened; China being one of the least affected countries, kept procuring goods, and even acquired companies around the globe. Ultimately, it helped the world economy get back on track. At the time this was also fueled by a USD 500 billion government stimulus package with an increased infrastructure investment. Now in 2020 a similar story seems to unfold: Just a few months after almost the entire nation of 1.4 billion being in a quasi-quarantine status (1 person per household leaving the apartment once a day for shopping), the economy is humming again.

No Stimulus Package
Indicators such as electric consumption and road traffic suggest that, at least in China’s coastal regions, businesses are active at about 90% of pre-crisis levels. And this recovery is happening without the government pouring hundreds of millions into infrastructure projects. Instead the government has taken an approach to supporting businesses in various ways: Guidance on rental holidays were given out, firms are getting reimbursed for employer pension fund contributions, VAT rates got reduced, and so on. In doing so, the government has succeeded in avoiding the feared economic heart attack, where a few insolvencies could create domino effects leading to mass-lay-offs and bankruptcies. The measures have also prevented many firms from laying off staff.

Local Consumption
Starting around 5 years ago, China began to make large scale efforts to drive its economy toward more local consumption in order to become less dependent on exports. Now the nation is benefiting from those measures as global logistics during the pandemic pose major challenges, and the demand from Europe and America is falling. After about 2 months of strict lock-down (in Feb. and Mar.) the economy reopened and heavy discounts on products and services lured consumers to start buying again. The government supported this in certain areas by sponsoring vouchers in order to drive revenues.

Real Estate
Property & construction comprise about 13% of China’s GDP, and so the health of this sector is another good indicator of the nation’s overall economic climate. Here, one also finds surprisingly strong figures. While rent and purchase rates for shopping mall space and hotel premises are down considerably, office rates in major cities are down only a little. Prices for industrial premises are still rising, thanks to a strong e-commerce industry and lack of supply. In the most important sector – residential real estate – we see average rates still on the rise, albeit not at the speed of pre-crisis levels. An even more important indicator on the health of a real estate market tends to be the amount of transactions carried out in a market. When looking at the amount of transactions in Shanghai in the first quarter of 2019 vs. Q1 of 2020, one sees the expected sharp decline with 40% less transactions carried out during this year’s Q1. Yet when comparing Q2 of this year with a year ago, one finds that the amount of transactions not only rebounded but that pent-up demand led to the highest amount of property transactions for June in recent years.

Follow the money
Businesses have a responsibility toward their staff, customers and shareholders to work sustainably and adapt to changing environments. As a result of increased automation, labor-cost is becoming a less critical factor in certain industries. For example in a fully automated factory for ‘Lego toys’, labor-cost doesn’t play a deciding role any more — it’s access to raw materials, energy costs, proximity to market and so on which informs the decision on where to set up a new production site in such situations. In this context, we will continue to see some Western companies re-shore their production closer to their home markets. Also in certain industries of high systemic value, many governments may promote more production in their home countries. For the vast majority of businesses, an increased focus on China is on the agenda for the coming months. It’s the only large economy for which the International Monetary Fund projects a growth in GDP for 2020, and offers both a huge market and large scale production capacity at affordable cost.