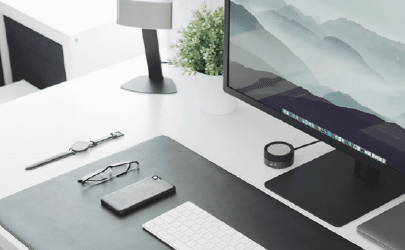 The unfolding bankruptcy-slash-bailout of Chinese real estate developer Evergrande is a massive headache for thousands of the giant company’s stakeholders, and reflects risks of over-leveraging in the real estate sector that accounts for roughly 25% of China’s GDP.

However, all the gloomy news surrounding Evergrande and other troubled Chinese developers is neither a sign a coming property market crash nor an indication of a coming downturn in the greater China economy.

On the contrary, the Evergrande bankruptcy and the policies that accelerated it are a sign that the government is confident in the economy’s overall strength.

After all, bankruptcies of over-leveraged developers are being triggered by the ‘3 red lines’ policy that the government introduced over a year ago. The immediate goal of the 3 red lines is to reign in the developer’s risky financing practices by requiring that each company’s…

We noted in the March 2021 issue of this newsletter that Evergrande was one of the developers in violation of all three of the ‘3 red lines. This meant that the company would have far less means of financing new projects going forward, and fewer options to repay the massive amount of accumulated debt it owed. Its bankruptcy, therefore, should be anything but surprising.

Ending risky over-leveraging in property development financing is wise because it helps ensure economic stability, and one reason why Beijing decided that now is the time to address the issue is surely confidence that the economy is healthy enough to absorb the shocks of some real estate developers and construction companies going bankrupt.

Fits with Other National Goals

To some extent, the 3 red lines policy seems to echo government moves to diminish the power of leading companies in other industries and reorient the economy towards a more socialist posture. It advantages well-financed conglomerates with significant business operations outside of real estate that do not need to rely on deposits from newly built homes, and some of these conglomerates may be enterprises where the government holds significant stakes.

While its ultimate effects on housing supply and demand will be multifarious, the 3 red lines policy should also help ensure the goal of a stable housing market, in the near-term at least, by making speculators more wary of new government regulations and reducing their options, thereby cooling off bubble-producing speculative investment.

By the same token, the 3 red lines also seems to further the government’s goal of directing more investment into industries other than real estate. Note that over the past years a large proportion of ‘managed wealth’, from funds managed by banks to financial products on apps like Alipay, ultimately ended up in real estate because of its relatively solid, low-risk returns. Directing more investment into other industries will help China create a more diversified and balanced economy.

Negative news about developers such as Evergrande, and their contractors, has decreased positive sentiment towards the Chinese real estate industry both within China and abroad, adding downward pressure on real estate prices in many Chinese cities. This too can be seen as well in line with governments goals. One of Chairman Xi’s famous quotes is that ‘real estate is for living and not for speculating’, and the high cost of real estate is a major complaint among the Chinese middle class.

However, any effects of this downward pressure on apartment prices will be short-lived because: A) there is always demand for property for people to live in, and demand in many cities is still rising; B) in 2021 China’s GDP reached an all-time high and is set to further go up in 2022, so there is certainly a part of the population with excess capital to spend; and C) having few apartments come to market obviously means less new supply, which is almost guaranteed to lead to price increases.

Considering the above facts, and knowing that the typical outstanding part of a Chinese apartment mortgage is less than 50% of home value, we can conclude that there seems to be little risk of a coming real estate market crash.

By reigning in risky property development financing, the government is ultimately putting the squeeze on what has been its main source of revenues for decades — the sale or leasing to developers of government-owned lands. Surely China’s government, like governments everywhere, does not wish to see its revenues drastically decline. So what may be the plan to make up for the decreases in land sale revenues?

Growing tax revenues from other rapidly expanding sectors of the economy may be part of the answer. Another possibility is that the government will finally roll out the property tax that it has been discussing for years, bringing to an end a long golden era where China’s homeowners didn’t have to pay tax for holding real estate.

In addition to generating revenues, the new property tax would in the short-term counterbalance the upward pressure on prices caused by the above-mentioned reduction in new housing supply. In the long-term, the new tax would give government another lever to dampen housing demand when the market gets overheated.

We can only wait to see whether the property tax is finally implemented or not. What we can say for sure is that Beijing will continue to manage things carefully, with an eye on its overarching goals of maintaining stability and spreading prosperity, and another eye on a large picture of the nation’s economy, a picture that does not always match the one that western media see.