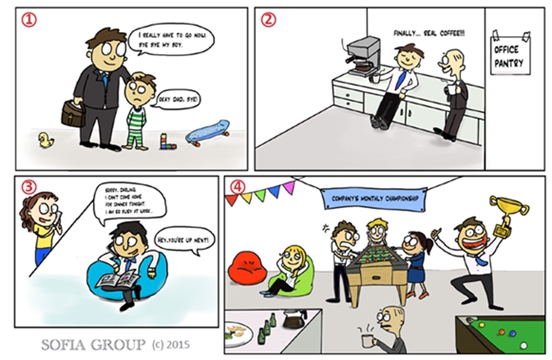 As discussed in our last issue, Shanghai will see a huge amount of new office space handed over in the coming five years, and much of it will be in five new core functional areas:

Below we look at three recent trends in the city property market and how each may be affected by the influx of new supply.

Manufacturing, professional services and financial companies have long dominated the Shanghai office market, accounting for around 27%, 24% and 15% of prime office space tenants in the city in 2005. However, reflecting progress in the grand plan to make Shanghai an international financial center, these proportions have now changed, with finance growing to 30% at the expense of the other two.

Within the finance industry, companies in new and fast growing fields such as P2P finance, wealth management and financial derivatives are renting out space in addition to banks and insurance company.

Aiming to foster the growth of these newly emerging financial enterprises, the city has launched no less than five industry parks dedicated to online financial services. The five parks are respectively located in Pudong, Changning, Huangpu, Zhangjiang and Jiading.

The government of course has also designated the North Bund and South Bund as new hubs for financial industry companies (with logistics being a second industry focus for North Bund). However, while the two areas are certain to attract some firms from the financial industry, it’s too early to say whether financial companies will be the dominant occupiers in either area. This will be decided by the market.

Most high-end luxury brands are putting off expansion plans in the face of slower demand. Discouragement of luxury consumption by government is one factor behind the slowdown, but it is also a result of rising sophistication among consumers, who increasingly insist that luxury products possess sufficient value and uniqueness to justify their high prices.

Within shopping malls, restaurants now take up a much larger portion of space than five or ten years ago, on average about 30% of total mall space. Fast fashion is also performing well.

The new Qiantan and Xuhui Binjiang core areas are planned as culture and leisure hubs, and as such will likely be among city areas that see rapid development in retail and dining. A massive 4.1 million sqm of new shopping mall space will enter the city market in the coming years, and it will be interesting to see how this effects the above-mentioned trends. The new supply will clearly bring struggling retailers cheaper retail space, but as most of the new malls are in non-central locations, are they suitable for premium brands? And will fast fashion companies like H&M also find the sustained strong demand they now enjoy in the new malls? Time will tell.

There is much talk in Chinese media about a new wave of entrepreneurialism that is supposed to be a key driver of growth for China’s economy in coming years. It’s called the “fourth” wave as it follows three earlier ones: the wave of start-ups, characterized by little capital, that emerged in the mid-1980s in response to China’s market reforms; the wave of property development start-ups in the early 90s that went on to become the Vankes and SOHOs of today; and the late 90s/early 2000s dot com boom that gave birth to such Internet giants as Baidu, Tencent and Sina.

It seems obvious that in Shanghai such a trend has been underway for some time, although we have yet to see anyone quantify its extent. Evidence includes an abundance of online and meet-up groups dedicated to entrepreneurial start-ups, the creation of many government sponsored start-up incubators that lease out space at very low rates and many reports on the subject in the Chinese media.

Demand for office space from the resultant multitude of new companies that are expected to emerge could help fill up some of the massive amount of new projects in such areas as Greater Hongqiao. But of course during their initial stage startups may find it convenient to locate themselves inside of serviced offices or incubators, before they become mature enough to require a sizable office.

Therefore even though office building occupancy rates in Shanghai right now are higher than ever before and even though the above-mentioned trends indicate an even higher need of space within certain sectors, we still expect an increased amount of volatility in Shanghai’s commercial real estate market during the next two years. Which should give tenants more options to choose from and for those who have the right timing and good market intelligence also the possibility to catch opportunities for discounted leases.

About 125,000 sqm of new supply entered the market during the third quarter as three projects were handed over: Bund SOHO ( 外滩SOHO) on Zhongshan East Road and Shinmay Union Square Phase II ( 新梅联合广场二期) and the Oriental Single Building( 东方纯一大厦) in Pudong.

Average vacancy rate citywide has fallen slightly and is now about 7.1%. Rents rose slightly in Pudong during the quarter and remained stable in Puxi.

A main development that will be completed in 1Q 2016 is Raffles Changning.

How the 14th Five-Year Plan Impacts the Property
Market

Market Insight – Evergrande, the Economy and the Future of China’s Property Market