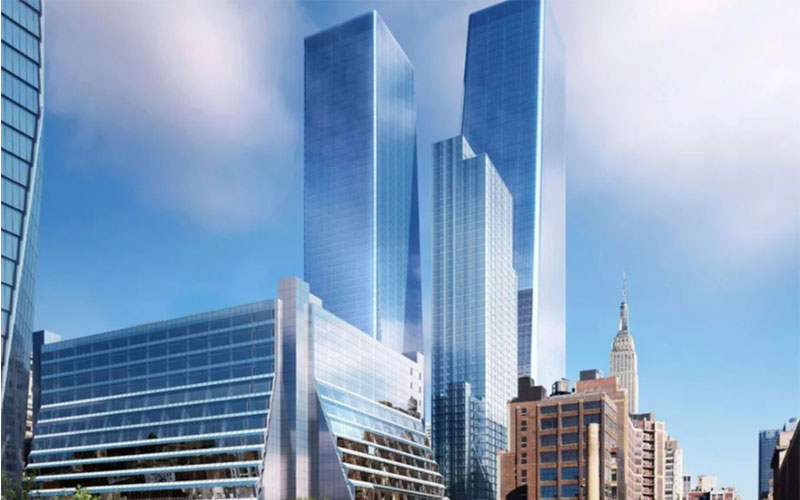 Shanghai has added over 500,000m2 of office space on average per year over the span of a decade. That’s a total of 100 office towers, each with about 40 floors. Despite, this large and consistent flow of supply, demand for office space has increased too, often at a higher rate than that of new rentable floor space. As a result, vacancy rates decreased while rental rates climbed steadily year after year, with only a small dent in the trend during 2009 when the effect of the 2008 financial crisis was felt in China’s commercial real estate market. But despite the endurability of this strong, upward demand trend, over the past few years millions of additional square meters of office space have been further added to Shanghai’s property landscape, which has led to a higher increase of office supply than demand for the first time in recent memory.

This is good news for companies that rent office space in the city because in almost all of Shanghai’s districts office rental rates are now softening or going down. Lujiazui Financial District is the exception, where (apart from Shanghai Tower) not many new buildings are coming online and where tenants in the finance, banking & insurance industry seem willing to bear the relatively high rental rates of this desirable location. In other parts of Shanghai, especially on Nanjing Road, Huaihai Road and in the Xintiandi area, rental rates have dropped.

One explanation for this phenomenon is that many new buildings have been added further away from the center in areas such as Yangpu District, Hongkou District, Putuo District, and especially in the Greater Hongqiao Area near the Hongqiao Transportation Hub.

But it is not only this additional space outside the center offering lower rates to tenants that is lowering rents, we are also seeing an important change in in market perceptions. Where before, companies felt the need to locate in places such as Nanjing Road or Huaihai Road to be regarded as successful companies for attracting key talent, today companies increasingly feel that being in a decentralized business district (DBD), (such as that in the Greater Hongqiao Area), can meet the needs of their businesses just as well with lower rents. Aiding the desirability of these DBD areas has been the increasingly well-connected nature of Shanghai’s expanding transport system with additional metro lines and the fast lane bus connections, as well as new symbols of affluence such as shopping malls and similar amenities

With all their increased infrastructure and technical improvements, some buildings in decentralized business districts are even able to command the same rental rates as prestigious downtown office buildings on Huaihai Road or Nanjing Road. The strategy new DBD developments follow to raise prices to such levels often involves trying to attract one encore tenant (usually a fortune 500 company that leases a large portion of the space at a low rental rate) to increase desirability with other prospective renters, and thereafter raising the rates up to follow Shanghai’s new trend of popularity towards these decentralized office building clusters.

Arguments for the advantages of renting these decentralized buildings include their brand new and up-to-date quality. They are equipped with better HVAC equipment, achieve greater energy efficiency, and offer better architectural qualities such as higher ceilings and raised floors. New buildings are often also situated in locations with direct access to shopping malls or even metro stations.

The rental price drops and rise in popularity of decentralized locations seem to point to a powerful emerging trend in office rental preferences by large companies: building quality and convenience increasingly seem to count for more than the prestige of a central downtown location. To illustrate this trend with rental figures, we note that buildings in the Greater Hongqiao area that were rented at around CNY 4 to 5 CNY / sqm / day 5 years ago are now renting between CNY 5 to 7 / sqm / day. In comparison, there are buildings in the more prestigious center on Nanjing Road and Huaihai Road that rented at around 10 to 12 CNY / sqm / day only a few years ago that are now renting between CNY 7 and 8 / sqm / day. Clearly, Shanghai’s district rental gap has been narrowing dramatically with the growth of DBDs. In fact, there are now even office units area for rates as remarkably low as 5 CNY / sqm / day available in older buildings in the People’s Square and Xintiandi.

The new shift towards a more even distribution of rental price across the city gives more flexibility and advantage to companies renting office space in Shanghai. Whereas before their business-friendly choices were constricted by the more limited nature of the transport system and concentration of amenities for office workers, the growth of decentralized clusters in the city is now freeing suitable office options from the high rents of the center to new locations for those who opt for cost-effective convenience in the periphery and taking rental rate pressure off many established districts for those that remain.

New clusters of office space are forming outside the mature CBD areas. These are lessening rental pressure on many established districts where rents are falling. They also are increasing desirability of peripheral areas with attractive benefits and new facilities to offer companies who opt for space and convenience over prestigious addresses.

Within the central Pudong CBD, Lujiazui retains its position as the top destination, especially for finance companies, but it now faces a shortage of new supply in the pipeline. While new supply boom has pushed up vacancy, there will be virtually no new supply coming online from March 2019.

The Puxi Core CBD will have far more limited options in core areas over the next four years. Overall vacancy is expected to remain at around 10% in the Puxi CBDs.

Thus, the immediate future of Shanghai’s submarket real estate supply will be outside of the main CBD area during the 2019-2021 period, with developments such as Xuhui Vanke Centre Phase 3, and Dream Center at Xuhui Bund area further supporting the trend of decentralization of the city’s new office supply.