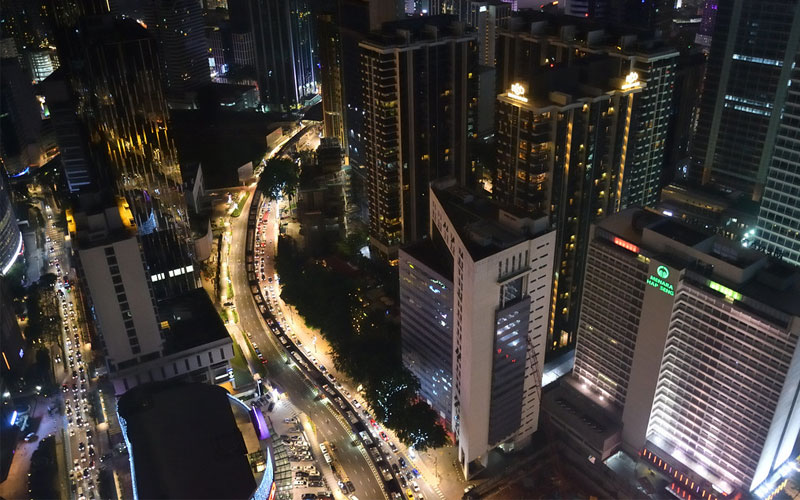 A number of substantial purchase transactions took place within recent months: According to a stock exchange filing released on April 5, 2019, Canada’s Brookfield Asset Management broadened their presence in the Chinese market by purchasing a commercial property project in Shanghai’s South Bund area from Greenland Hong Kong earlier this year for approximately RMB 10.57 billion ($1.5 billion) as well as acquiring The Mall Jingqiao and The Mall Nanxiang. This acquisition consists of three office towers and a retail mall with a combined total of 154,500 square meters. The transaction is ranked to be one of the biggest commercial property acquisitions in China by a foreign firm.

Both the Mall Jinqiao and the Mall Nanxiang community shopping centers are located in populated areas that have a constant flow of expats and locals. Located in the densely populated Jiading district, The Mall Nanxiang is adjacent to the Nanxiang Metro station, and will most likely increase consumer attention with its recent renovation in October of 2016. The Mall Jinqiao is also conveniently placed in the central block of Jinqiao town. With its commercial area of 77,000 square meters, popular stores currently rent space such as G-super supermarket, H&M, and Uniqlo. Both of these acquisitions confirm Brookfield’s commitment to continuously expand its business in China, and will also maintain their investment trends in the domestic commercial real estate market.

In other news, Blackstone Group LP is considering the acquisition of Chamtime Plaza, which would be a deal worth more than RMB 10 billion ($1.5 billion). According to anonymous sources, the private equity firm is currently in the early stages of the deal. Located around a tech hub in Zhangjang area of the Pudong district, the entirety of Chamtime Plaza includes a shopping mall and five office towers across a total of 320,000 square meters. Even with these details, there is no certainty for the finalization of this transaction.

According to Keppel Corp, Keppel Capital and Keppel Land, along with other co-investors, have recently signed an agreement to acquire 100 percent equity of a RMB 4.6 billion ($686 million) commercial property in the Hongkou district. The Hongkou district is just one of the areas that are quickly evolving with an increasing growth in rent and other major ongoing developments. This deal is the third acquisition of a Hongkou commercial asset valued at $500 million or more by a Singaporean investor within the last two years. It is also the second major purchase of a commercial asset in Hongkou by a Singaporean investor within the past five months.

On the topic of Singaporean investors’ presence in the Chinese commercial property market, earlier this year, Singaporean real estate company, CapitaLand, announced their purchase of about seventy percent of Pufa Tower in Shanghai for RMB 2.752 billion ($401.8 million). This thirty four story building will contribute to CapitaLand’s flow in income, while also increasing its assets to a total of 21 commercial properties in Shanghai. Pufa Tower is located at Liujiazui in the Pudong District.

Hong Kong-based Gaw Capital Partners confirmed its most recent acquisition of four office buildings in Shanghai from China Resources Capital Management. Although the official purchase price has not been disclosed, international agencies in the area can confirm that office blocks in that vicinity are sold for RMB 50,000 to 70,000 per square meter. The four grade-A blocks offer a combined square meter total of 60,807 square meters of office and retail space.

Head of Chinese partners for Gaw Capital Partners, Humbert Pang, stated that they had confidence in acquiring the four tower blocks because of their acquisition of Sky Soho in April of 2018. These four tower blocks, A, B, C, and D, stand at Shanghai MixC, which are located in the same district as Sky Soho, purchased for RMB 5.01 billion ($746.8 million). Located in close proximity to Shanghai Hongqiao Station, these development projects are strategically positioned to benefit from their proximity to the transportation hub.

Financial Street Holdings and Phoenix Property Investors held a press conference to announce their strategic cooperation in a project. Both parties will contribute towards Phase 1 of a large-scale landmark complex in the new core business circle of Jing’An, Shanghai, which is aimed for completion in the first quarter of 2020.

The project is located in the north square of Shanghai railway station with a total area of about 490,000 square meters. The overall project will integrate residential space, office space, a shopping mall, culture, entertainment, leisure facilities, and public green belt. 220,000 square meters of office space totals to over 63% of the project scale. The commercial aspect totals to about 60,000 square meters, which accounts for 18% of the total project scale. Phase I of the cooperation project covers 4 office buildings four to eighteen stories high with a total construction area of about 70,000 square meters. It also includes 5A Grade-A office buildings and exquisite retail space, which is adjacent to the large green garden of over 10,000 square meters to provide tenants and customers with the best working, dining, and leisure experience.

This project provides easy accessibility to Metro lines 2, 12 and 13 as well as access to the Shanghai Railway Station and belongs to “New” Jing’an district.